I was born in Denver, Colorado and had something of an itinerant childhood, living also in Arizona, North Dakota and California, before my family finally settled in Eugene, Oregon.It was in Eugene that I attended high school and learned that I was a true Northwesterner.I fell in love with the mountains, forests, oceans, and, yes, even the weather. After high school I attended Whitman College in Walla Walla, Washington (I lost track of the number of times I was asked, “Is that a real place?”) and spent my summers working at the YWCA’s Camp Westwind on the Oregon Coast.Armed with my degree in psychology I worked for a while as a counselor at a residential treatment facility for adolescents in Oregon City.

Eventually, I realized that counseling was not what I wanted to do with my life, but I did want to continue working with teenagers.I returned to school, this time at the University of Oregon, and completed their teacher certification program in 1989.It was also at the U of O that I met my husband, who was in the teacher certification program and finished at the same time I did.Christopher and I were married in May 1990, and we both received job offers from the Lake Washington School District that year.In August of 1990 we moved to Redmond, where I went to work teaching math at Rose Hill Junior High.

At the end of my sixth year at Rose Hill Junior High, I gave birth to my first child.I wanted to stay home with my baby, but I also wanted to keep teaching.It was at that time I found out about Emerson High School and the existence of Emerson Night School.As luck would have it, there was an opening for a math/science teacher at night, and I got the job.I have been teaching math and science at Emerson Night School since 1996, and have been Head Teacher since 1998.My husband still works for the Lake Washington School District as well, and we live in Sammamish with our two beautiful daughters. 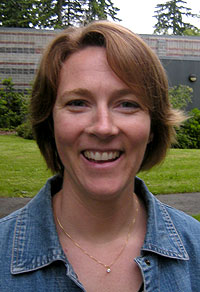 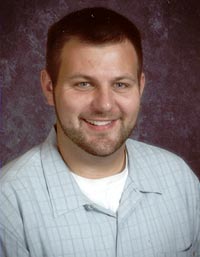 I was born and raised in Olympia, WA. After graduating from Capital High School, I went on to attend college at Pacific Lutheran University in Tacoma. At PLU, I studied psychology, math, and piano, and I also played four years of tennis. After graduation, I moved to the Kirkland area and took on a variety of different jobs including a loan officer, tennis coach, and real-estate mortgage broker.

Once in Kirkland, I started coaching tennis at Juanita High School and have continued coaching boy’s and girl’s tennis there ever since. I also coached a season of boy’s basketball at Kirkland Junior High School. While coaching, I decided to obtain my teaching certificate through Central Washington University, and received my High School mathematics endorsement.

I had the privilege of completing my student teaching at BEST High School, and then was fortunate to become their mathematics teacher the next school year. I have been teaching at Emerson High School ever since. I also run the student store at EmHS as part of the CTE Business Management Program, and I also teach Core as well. I very much enjoy teaching math and my other classes at Emerson High School. We have a wonderful staff and awesome students, so it's been a fantastic experience to be part of this school.

I’ve been at Emerson High School since 2005. The same day I started here, my daughter started at the alternative high school in our district in North Bend. It was a great experience to learn and grow myself with the alternative educational experience as well as watching my daughter blossom in the same type of environment. The students here are wonderful, full of enthusiasm, hardworking, and delightful to be around. Now my daughter is now the Instructional Assistant at Emerson K12, the Parent Partnership program of the LWSD and we are working in the same building.

I will always have a love of art and do watercolor and acrylic painting in my spare time as well as many other craft projects. I’ve been to Europe twice and hope to go again. I want to visit more museums this time and enjoy the local culture while traveling across France and Germany.

I’m glad to be at Emerson and wouldn’t want to be anywhere else! 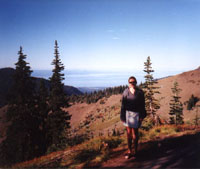 Hi, I'm Wendy Simmons, the School Counselor at Emerson High School and Emerson K-12. I started at BEST back in 2000 (time sure does fly). In my spare time I am President/CEO of Rock School.

I grew up in Seattle and attended high school in the Shoreline School District. I am proud to say that I am a Seattle native and love living in the Northwest. I received my AA Degree from North Seattle Community College and my BA in Psychology from Seattle University. I have been working with kids, teens and families in the fields of social work and counseling since 1992. In 1995, I returned to school at Seattle University to begin working on my Master of Arts Degree in Education and on my School Counseling Credential (ESA). Ever since I was in high school, I have wanted to be a high school counselor. After spending many hours in my own high school counselor's office and seeing the difference he made in my life, I knew that it was my calling as well. I remember telling him then that I wanted to do what he did and he said to me that I would have to do it because it was what I was called to do, not for the money. Taking his words of wisdom into account, I decided against going to law school and decided I would only be truly happy if I followed my heart. I took the leap and applied for the School of Education's Counseling Program at Seattle University and worked harder than I could ever have imagined for the next 3 years. I transferred to Loyola Marymount University in Los Angeles for a semester in 1996, after hearing that they had a great program and needing a change of scenery. I had dreamt of going to UCLA or Berkeley for my BA and thought that I now had my chance to live in sunny California. I soon realized that the program at Seattle University was much better and packed up all my stuff (including my two cats and my dog) and gave my parents the best Christmas present ever by telling them I was moving home to Seattle. The best part of coming back to Seattle for me was the chance to do my internship with the man who had inspired me to be a school counselor in the first place. What a trip that was! Coming back to my old school district as an intern and learning the ropes from my first mentor. It was one of the best experiences of my life.

Prior to finishing my coursework at Seattle University, I began working in a program (FamilyNet) on the Eastside doing family support work and individual, group and family counseling, among many other things (kinda like my job here!) about 16 years ago. The transition to the Eastside was a big one for me, I had always worked in low-income neighborhoods in the Seattle and South King County areas prior to crossing the lake. My friends would laugh and say things like "oh, you want an easy job now, the kids and families over there don't have real problems." Were they ever wrong! I have worked harder than I ever have in my life and I love it over here! I still live in Seattle though, so if I'm late, I am sitting on 520...I spend a lot of time on that bridge plotting my next group session or thinking about my kids and hoping they will be okay. I love living in the city though and am willing to do the commute to be close to friends, family and the things that I enjoy doing in the city.

Working at Emerson and Rock School has made me more fulfilled than I have ever been in my life. I am truly living my dreams and following what is in my heart for me to do.

So, what is it that I do here? Mainly, I provide individual counseling, crisis intervention, referrals, provide group counseling (such as Relationships, Stressed Out, and Choices),academic and career planning,and other job duties as needed (word of advice guys...be leery of that at the bottom of the job description). My main goals in working with students is to help them get in touch with what is in their hearts and to help them find their own paths in this world.

What I love about being at BEST:

The students - you truly are the most amazing people I have ever worked with - you guys rock!

The staff - I could not make it through it all without you!

What I do when I am not at work:

I really do have a life outside of school you guys! I like to spend time with my friends and family.I love music and seeing live bands is one of my favorite things in the world. My house also looks like Tower Records (has to be seen to be believed). I love to travel and explore new places. When the weather's nice I like to go hiking, biking and kayaking. I love the water and dream of someday having my own Seadoo and a jeep to tow it and a place on a lake....yeah, that could be good. 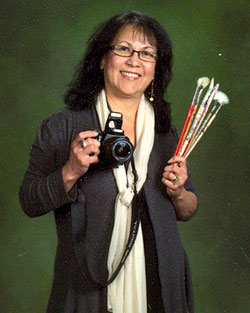 I have been teaching Art and Photography since 1987. I have taught Visual Arts at all grade levels -- Elementary, Jr. High, High School, and Jr. College Photography.

My family and I moved to Washington from Arizona and have been living here for ten years.

In addition to teaching art, I developed a line of jewelry made from electronic components and have a photography portrait business.

My hobbies and interests include my family, gardening, and of course all aspects of Art and Photography. 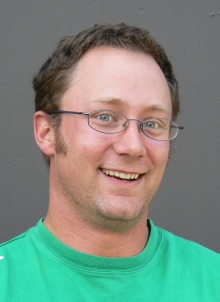 My name is Daniel Weiss and I am the science teacher at Emerson High School.I started teaching at Emerson in 2009-10 and I am very excited to investigate science and how it relates to our lives here in Western Washington.

I am teaching Environmental Science, Marine Biology, Green Sustainable Design Technology, and Biology.These are all great courses and I encourage all Emerson High School students who need science credit to join one of our classes.

Prior to becoming a teacher, I spent 12 years working as a biologist and environmental scientist throughout the Northwest.In my work as a biologist, I primarily studied fish, wildlife, and wetlands in Washington, Oregon, Idaho and Alaska.During this time, I also assessed hazardous waste sites to determine the best clean-up solutions.I look forward to using my experiences to make our classroom activities relevant and exciting.